Windows 10 Version 20H2 Unable to open Reckon due to no Internet Explorer, only Edge

I have tried multiple times to download Reckon Accounts 2021 and run it off my computer running Windows 10 Home, Version 20H2, which only has Microsoft Edge, even if you try and download IE11, it says it is successful but you will still only have Edge. I have adjusted the compatibility settings in Edge butit still won't launch.

Has anyone been able to launch Reckon with this set up? it is a relatively new update which is not Automatic. 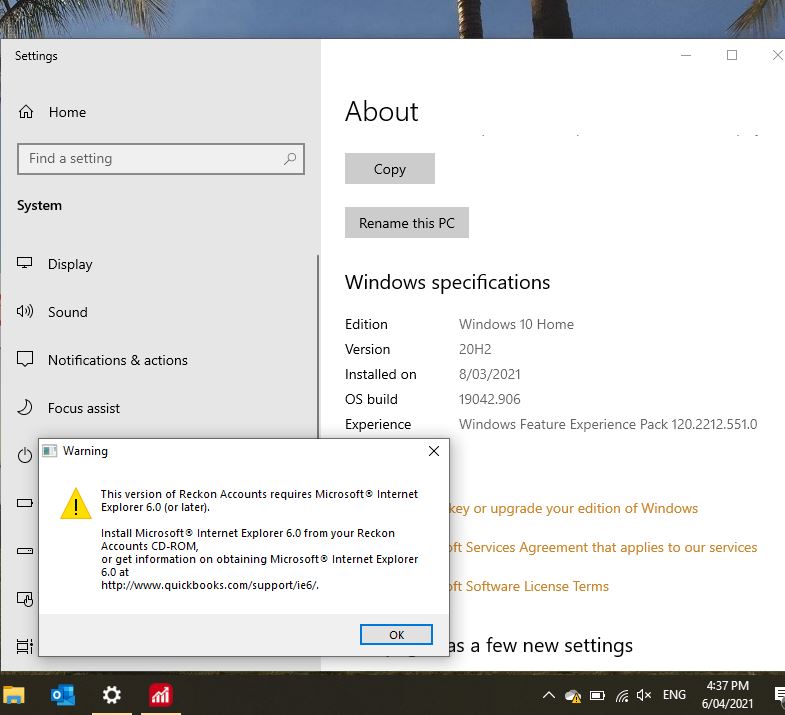